Continued: Local writer returns to do a final project with out 1st graders: 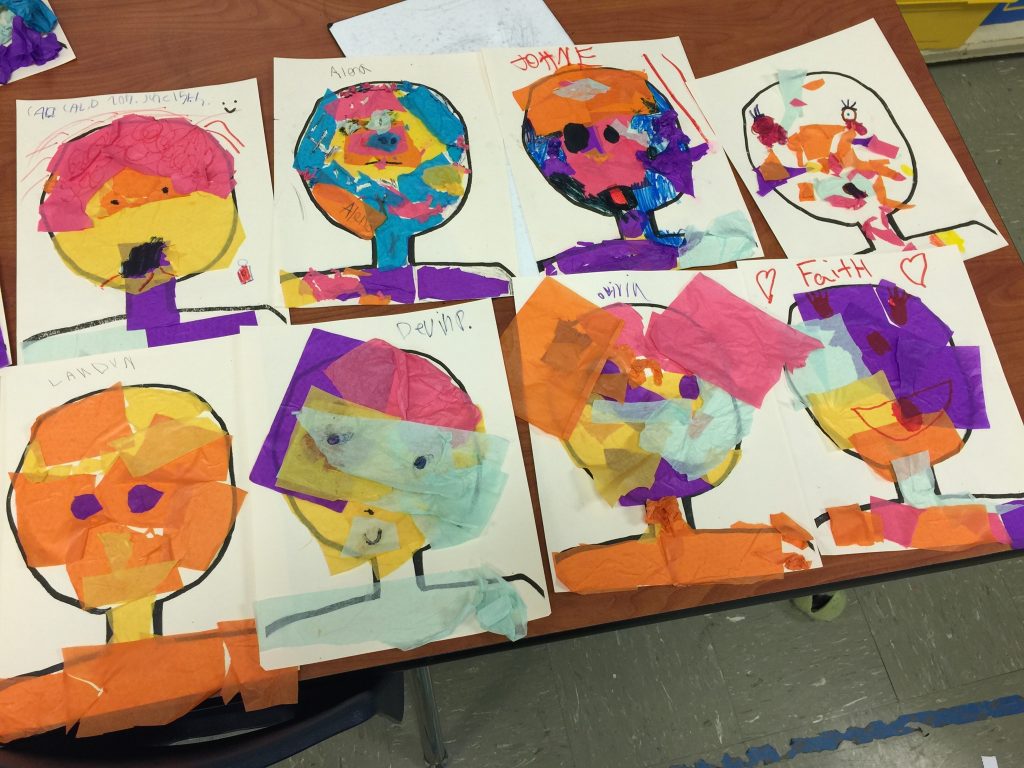 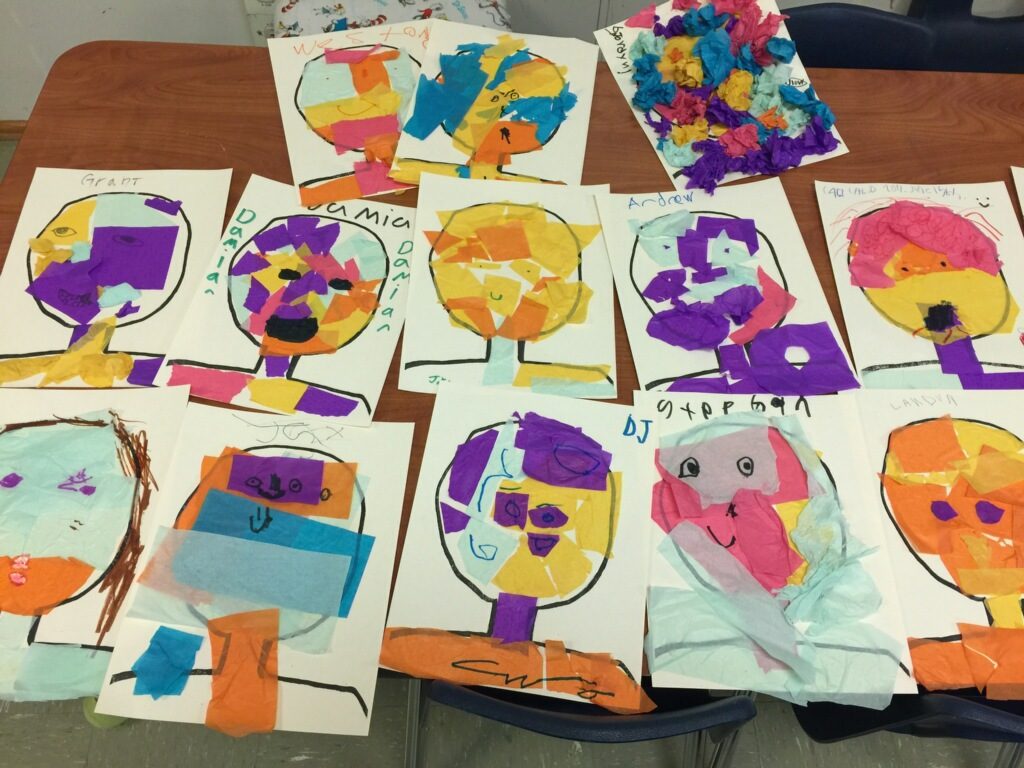 Visiting local artist, Mrs. Volbeda, was invited to first grade to introduce art by Post-Impressionist painter Vincent Willem van Gogh. Van Gogh was a Dutch painter who is among the most famous and influential figures in the history of Western art. The students then were given the opportunity to create their own “Van Gogh”. Click on the images shown below of some of the students’ work. 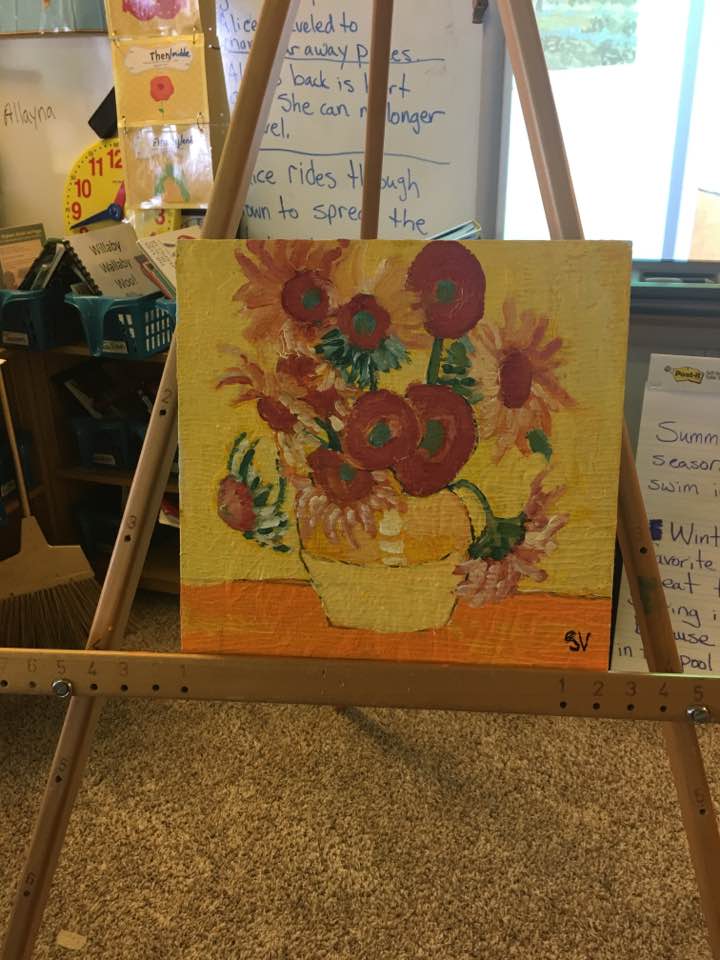 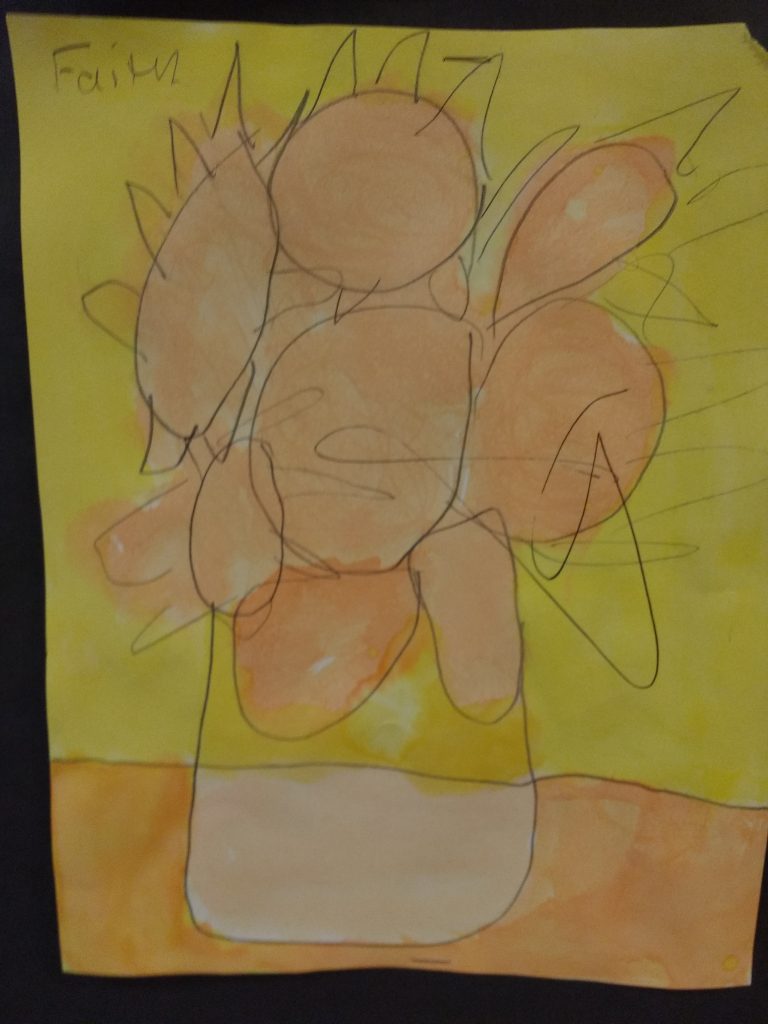 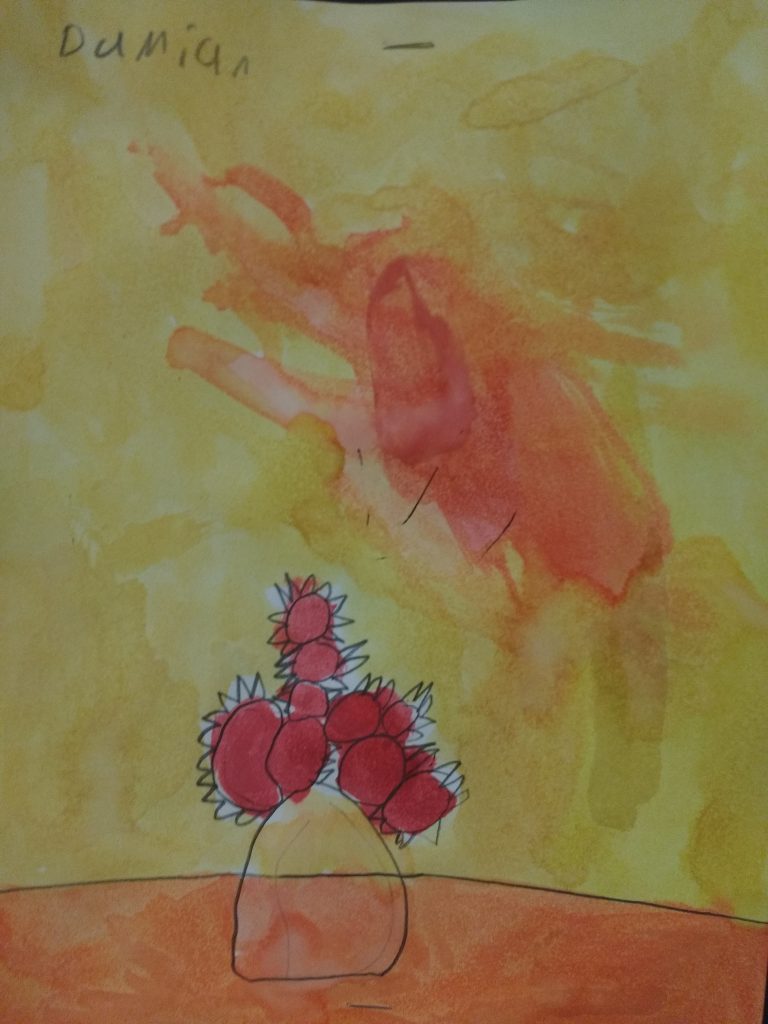 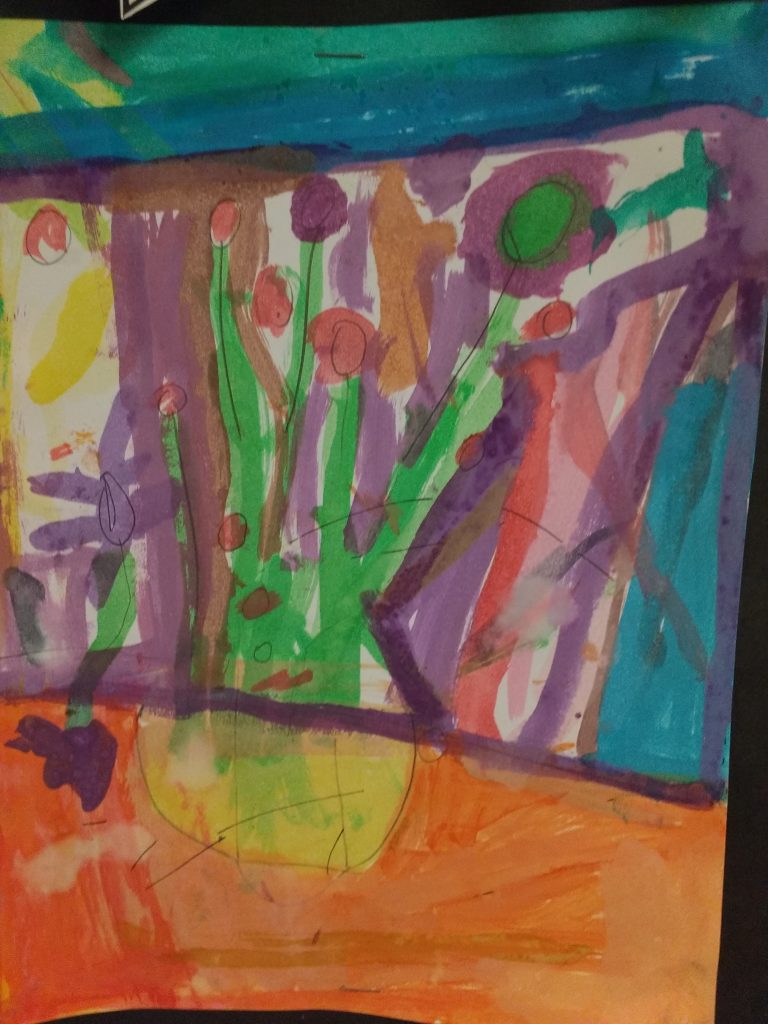 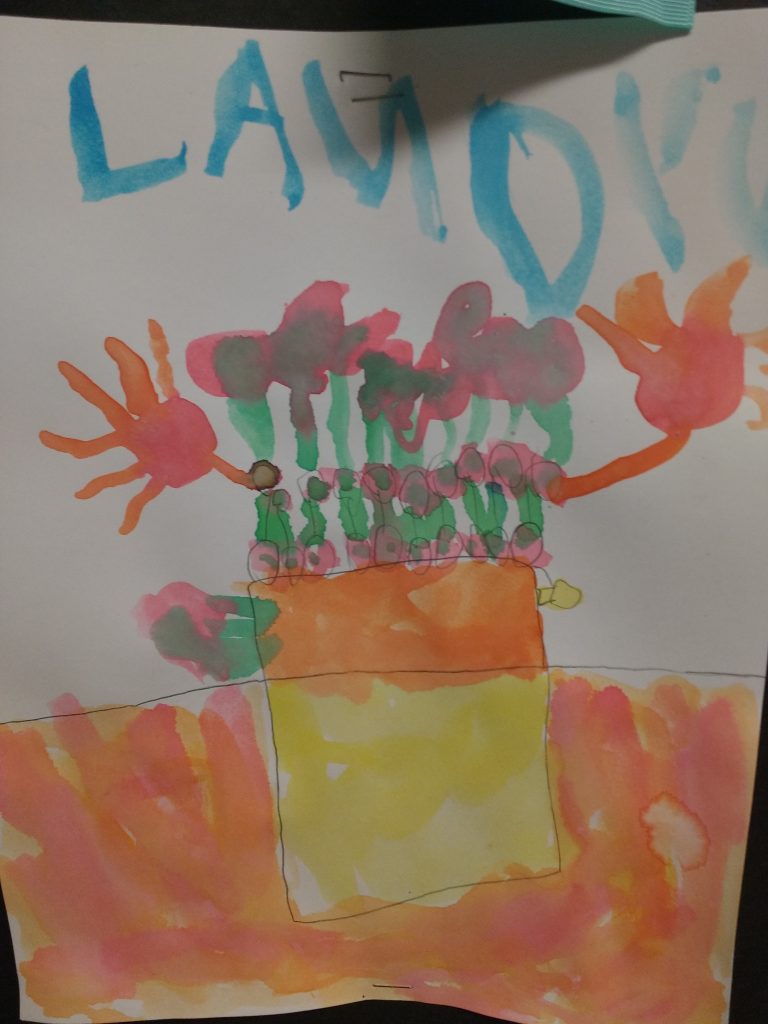 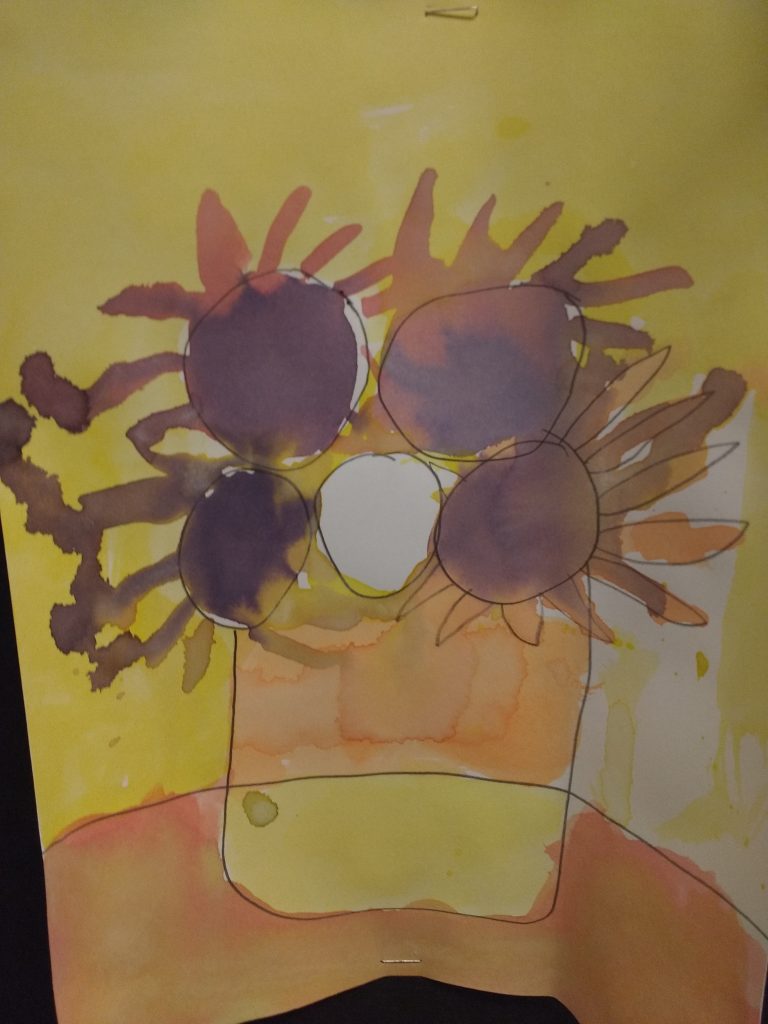 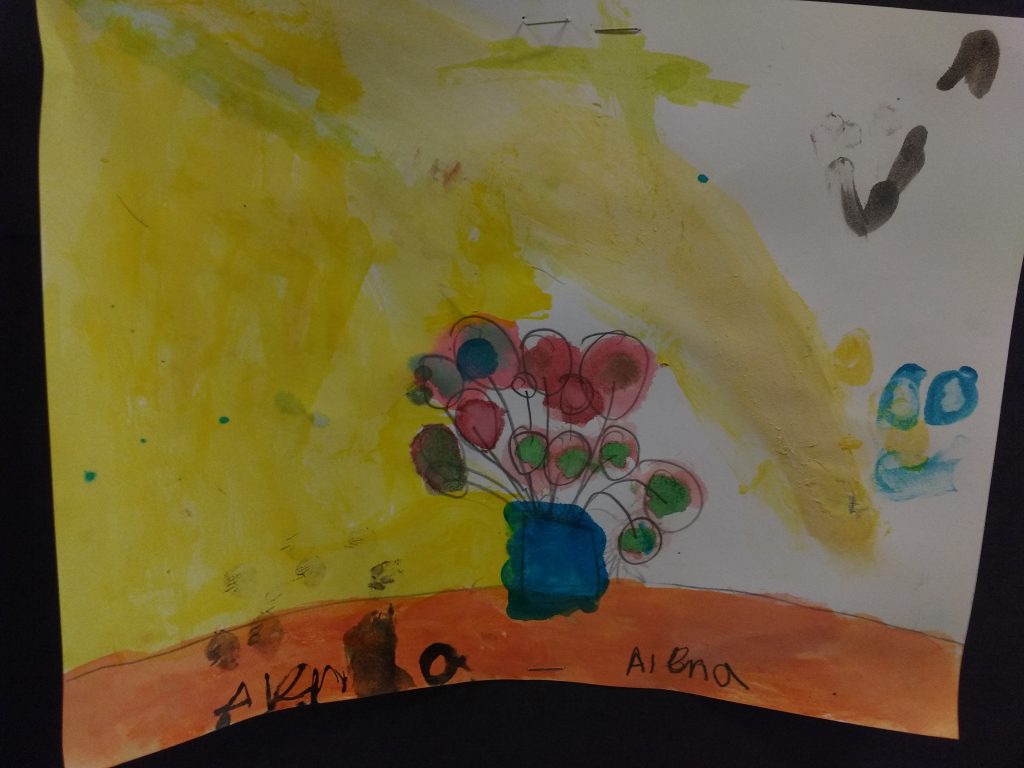 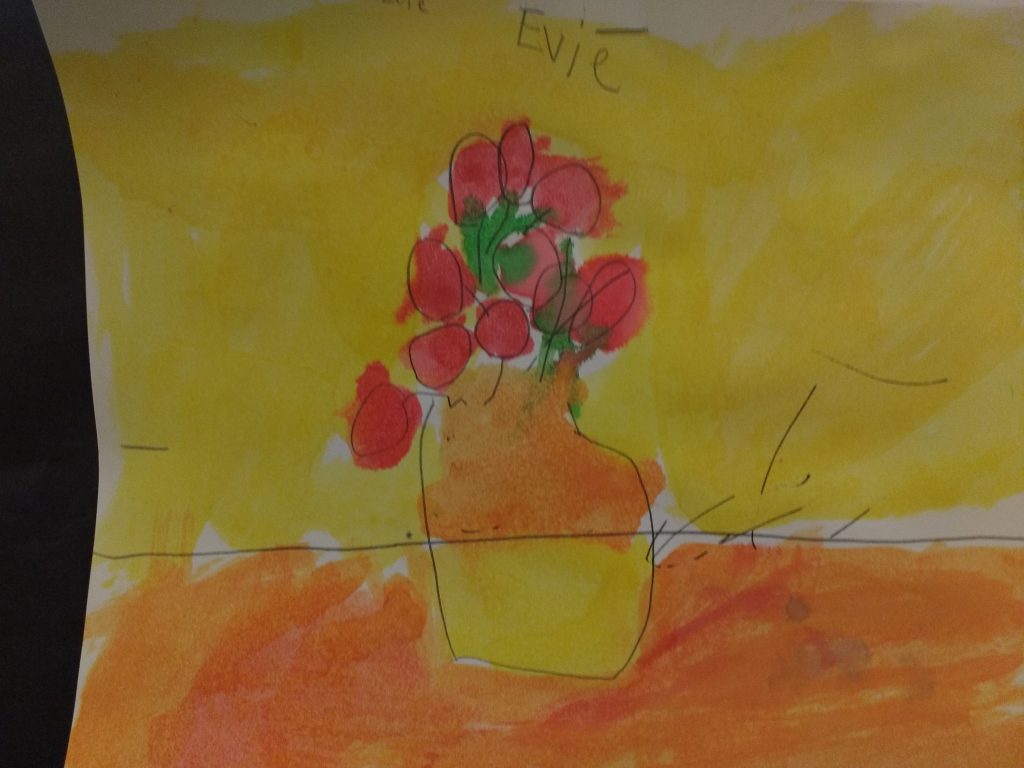 We have been working on how to be a “Classroom Citizen” and the 3 Bs (Be Safe, Be Respectful, Be Responsible) First grade earned an extra recess and Popsicle party for earning 20 behavior points! (click on images to enlarge) 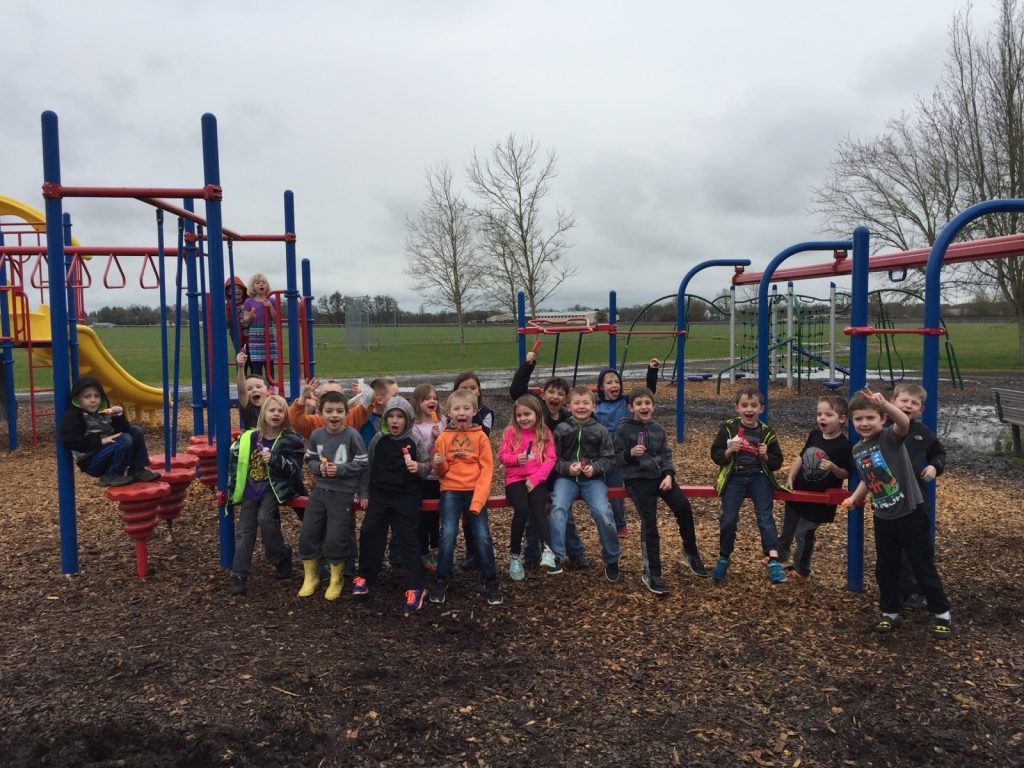 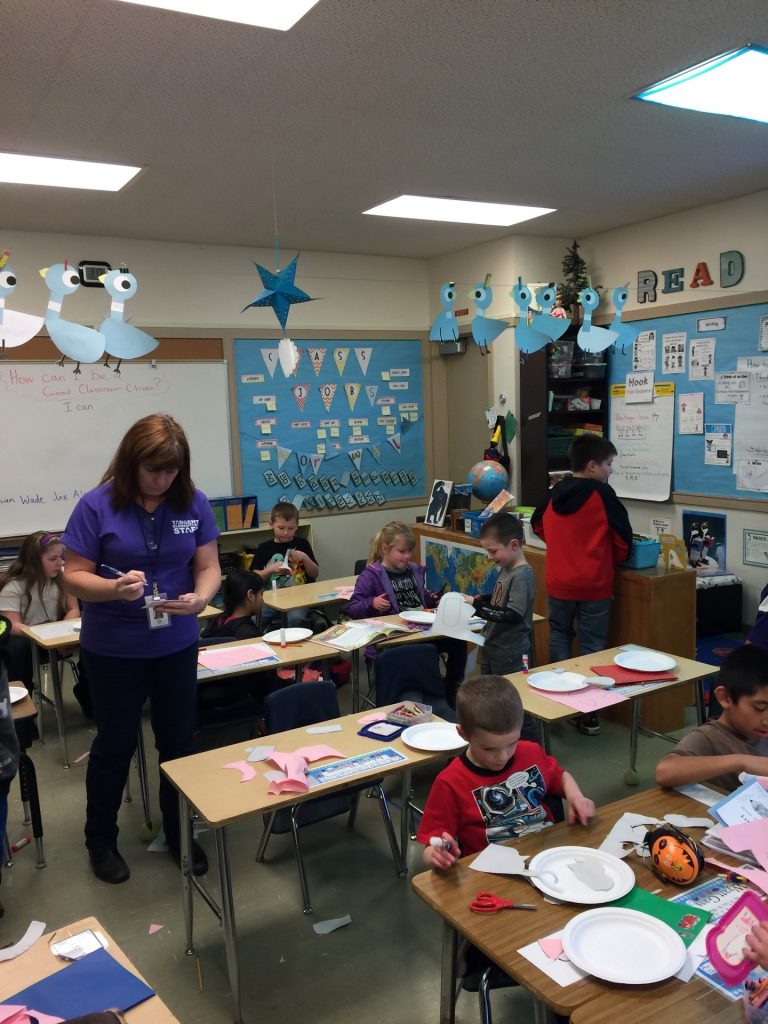 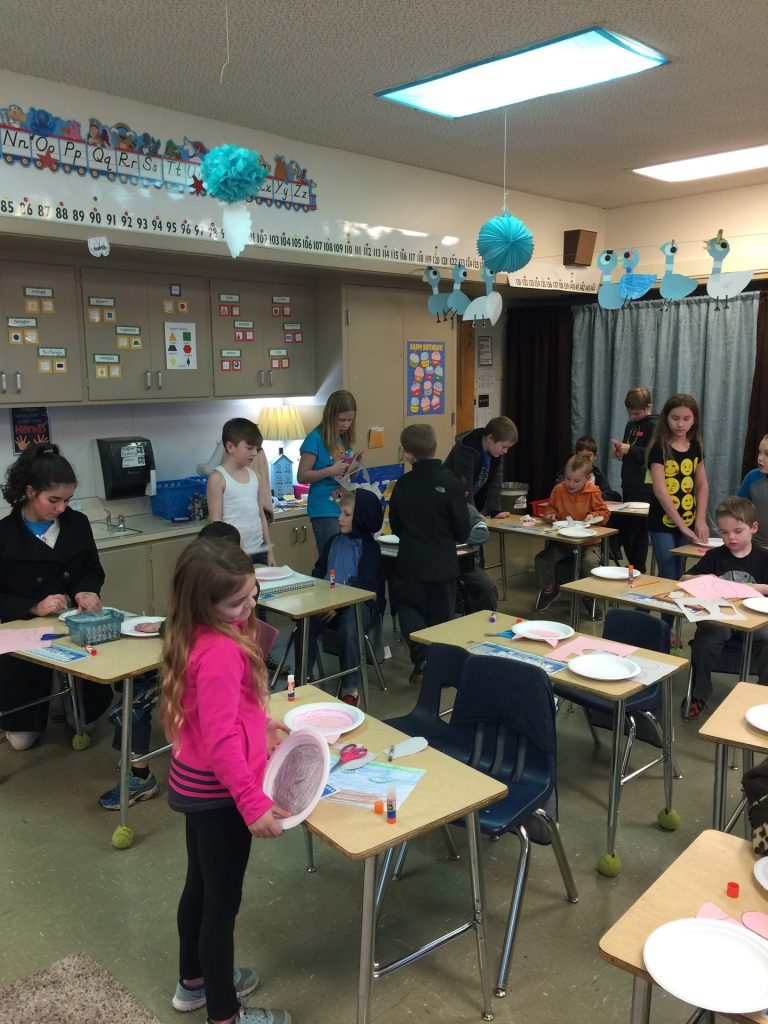 Even in-school snow days can be fun! Snow Angels on the playground and lunch with Mrs. Nelson! 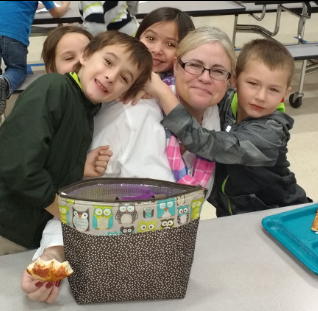 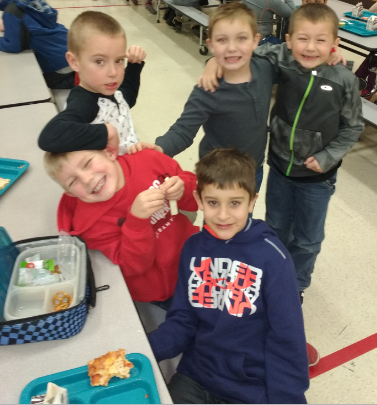 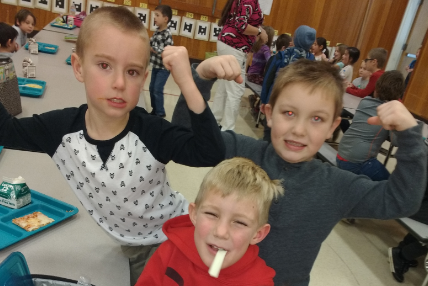 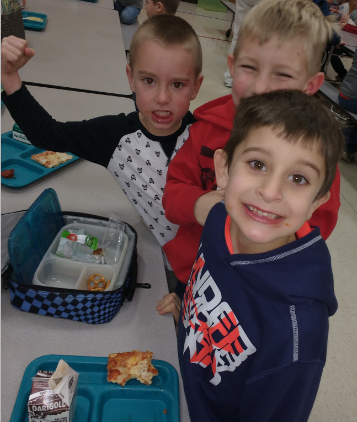